This article tells the story of the Mayega Water and Sanitation Project. And it is a very good story!

In 2017, the Mayega Water Group was formed to plan improvements to water and sanitation in the village of Mayega. There was plenty of scope, as villagers were carrying water in buckets from Lake Victoria. Busega Scotland chairs the water group and it has many local stakeholders.

The project has just completed Phase 3, involving a Rotary International Global Grant of $39,000US and local Tanzanian funding of $20,000US. Busega Scotland made a more modest contribution of $750US!

However, we have played a pivotal role in planning all three phases of the project, working closely with the Tanzanian government and Rotary Clubs in Elgin and Igoma, Tanzania. So, what has been achieved:

Having a water supply at the Children’s Centre has allowed Busega Scotland to install flush toilets, showers and wash hand basins, and develop the vegetable garden.

We are now beginning to think about Phase 4 and thank all participants for their commitment to the project.

DPs are the cornerstone of bringing water to the people in rural Tanzania. 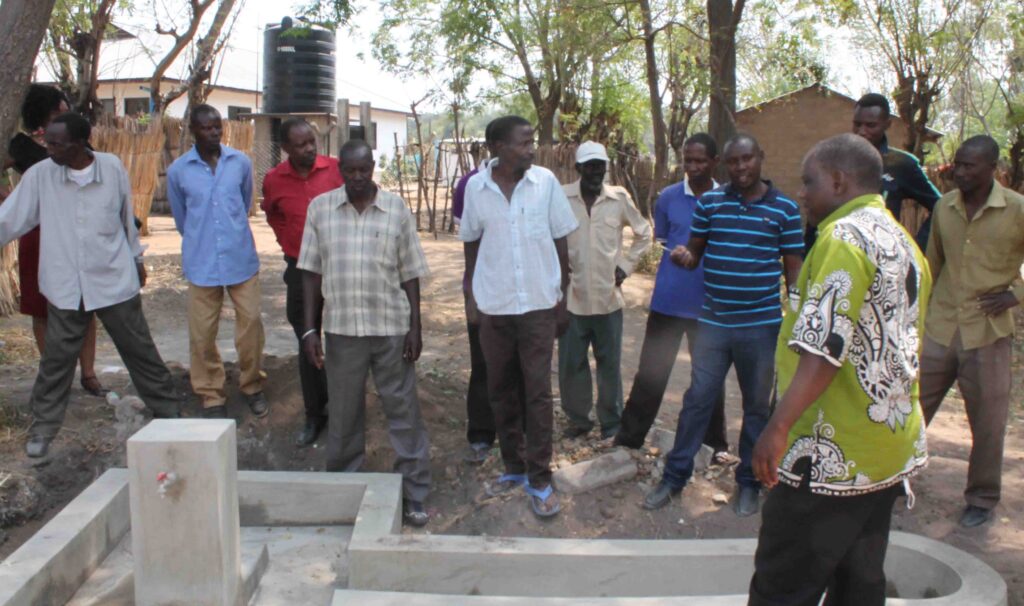 The Tanzanian government has set a standard of one DP per forty households and these to be built to a nationally approved design. Mayega is composed of seven sub-villages, with just over five-hundred families.

The water project has installed two DPs for each sub-village, at a ratio of one DP for thirty-five families. This has made a tremendous difference by providing clean water plus avoiding the dangerous and insanitary practice of collecting water from Lake Victoria or temporary water sources. Two people have been killed at Mayega in the last year from crocodile and hippo attacks – a fisherman and a woman working in her garden close to the lake. 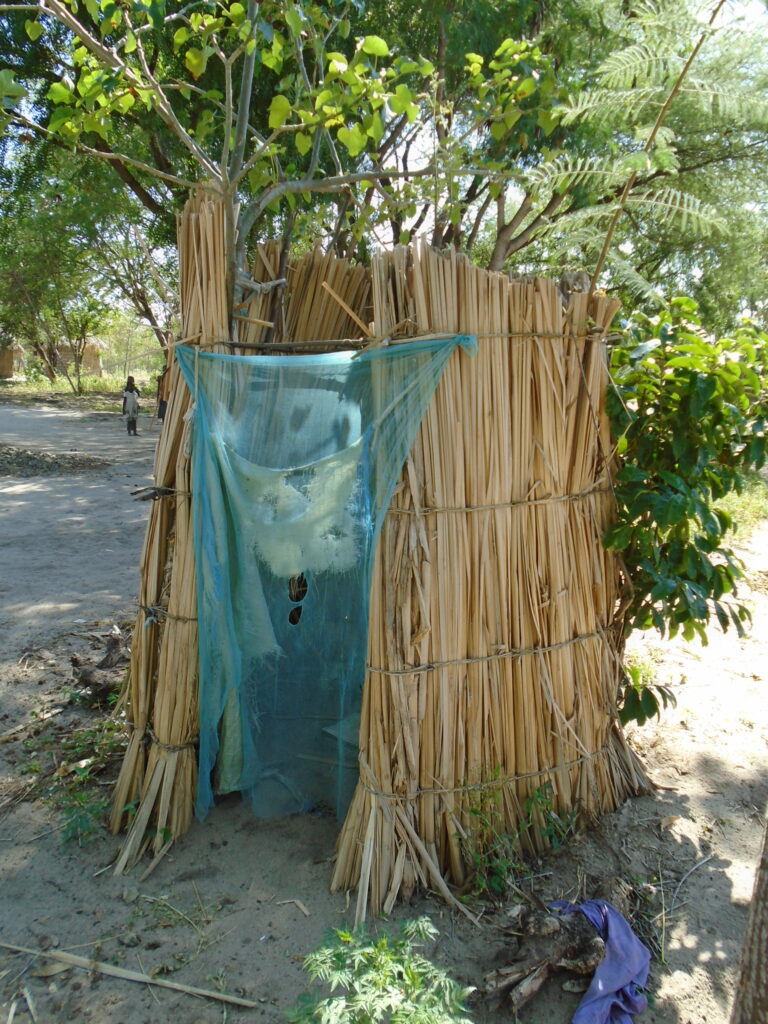 Makeshift family toilets are a common feature in Mayega village. People do their best but the facilities are not dignified or sanitary.

The Tanzanian government is promoting a particular design of village toilet and this has been adopted by the Mayega Water Project. We do not have the capacity to support every family, so decided to construct one demonstration toilet in each sub-village (seven in total), with training for villagers to learn the construction techniques. The toilets were built at households that are particularly poor and were selected in consultation with the sub-village chairmen. 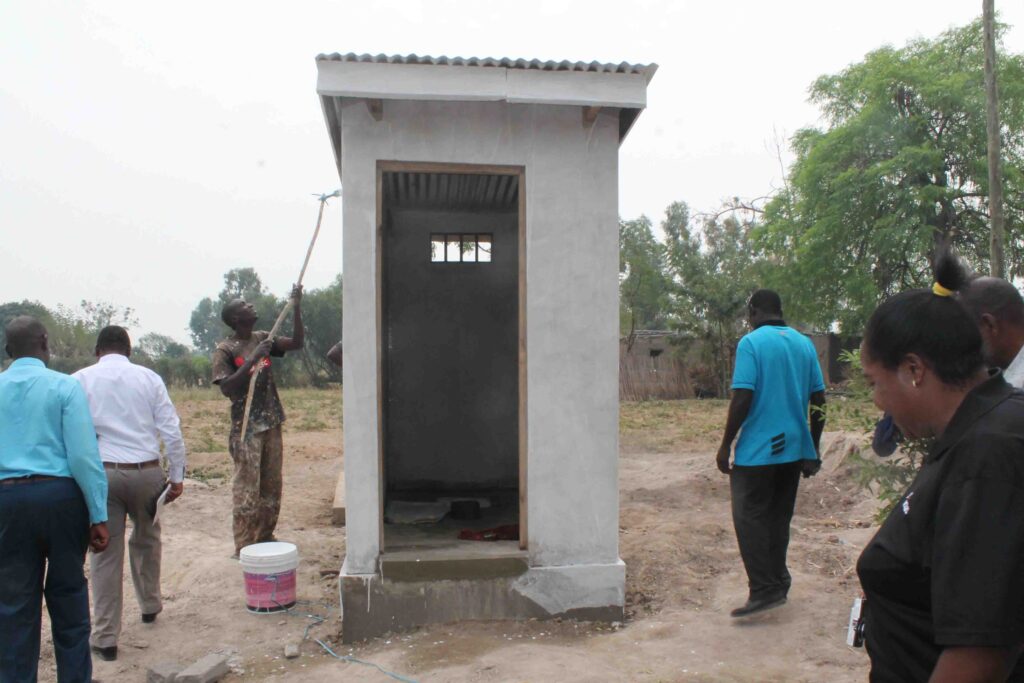 The intention is for other families to start constructing toilets bit by bit as funds allow – this is common for construction in Tanzania. We are hopeful. When the mains water supply was established in Mayega, a number of villagers approached the District Council for connections to be made to their own houses. As everywhere, people want improvements in their lives.

Imagine a primary school with 950 pupils and dry toilets. That was the predicament of Mayega Primary School. The school has plenty of other issues to grapple with but no proper toilets in the 21st century!

Rotary and Busega District Council came together with Busega Scotland and the Rural Water and Sanitation Authority, Tanzania to do something about it. Phase 3 of the Mayega Water Project has seen toilets built from a Rotary Global Grant and from Tanzanian government funding, added in recognition of the external financing. There are now two serviced toilet blocks for girls and two for boys. 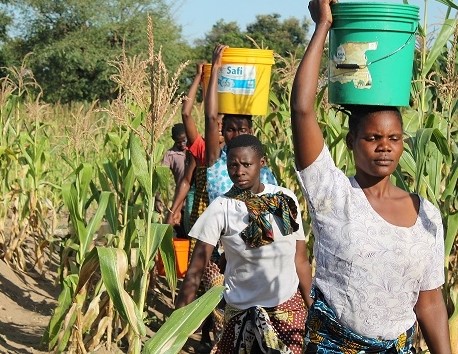 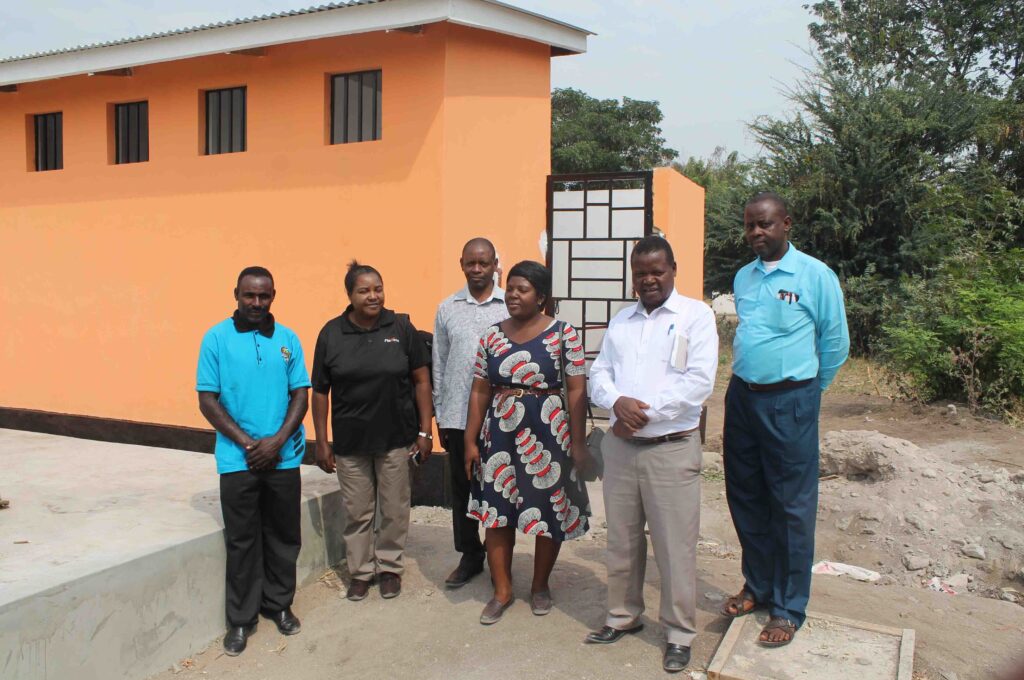 Special mention must be given to the community effort in Phase 3. Villagers from Mayega have done a great deal of the non-skilled manual tasks on a voluntary basis, the government engineers have supported the project over and above their normal duties and Igoma Rotary has driven the project forward. Phase 3 has been completed in less than two months. The final word goes to the head teacher of Mayega Primary School (who is also the co-ordinator of the Mayega Water Project):

‘Mayega has now chosen to be the regional representative model, where other schools come to learn. It is the first school in Simiyu region to have the standard toilets infrastructure. I would like to take this opportunity to say thank you for school toilets, village toilets and water DPs.  Frankly speaking, the entire Busega community and Simiyu government leaders have been visiting Mayega and appreciating our work.’