The Busega Parties Project has achieved the impossible – at least one party on each continent, yes, on each continent! How fantastic it will be to share this with the Mayega children on Saturday. We have a wall map to show where each party has happened and the children are preparing this, and a photo display, with our volunteer Jenny Wallen.
South America completed the set of continents, with a fun event at a vulnerable children’s project in Belo Horizonte, Brazil, the country’s third biggest city. The children are from two favelas, and the project received an award for being one of the best NGOs in the state of Minas Gerais. The print on the wall translates as ‘ (from) Pedra Viva Institute Brazil, (sending) a hug for the project in Busega Tanzania, Big Parties’.
Nilce (the project leader) said, ‘we really did have a party! We did a study about Tanzania. Where it is, population, previous name, date of independence, first election etc. It was great because we learned something. After the research and discussion we had a snack. The children were very excited!’
All of Busega Scotland share the excitement! 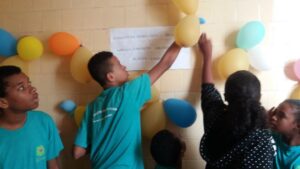 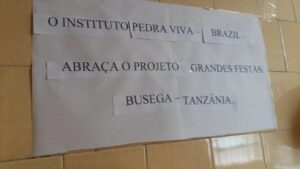 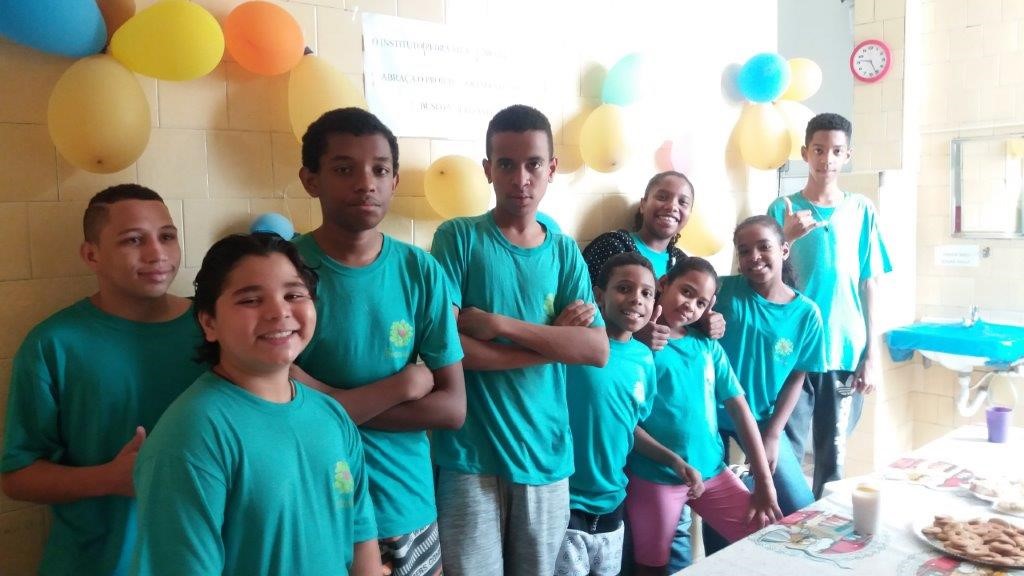 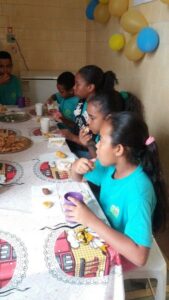 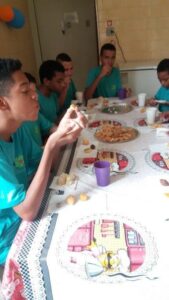