A very big thank you to Andy Lees who completed the Etape Royale today in an impressive  time of 7 hours 43 minutes and 40 seconds! An average speed of 12.94 mph  over the 102 mile course. Andy said,”  I can tell you that when climbing those hills I gave everything I had physically and now I am asking for you to support this charity financially”. 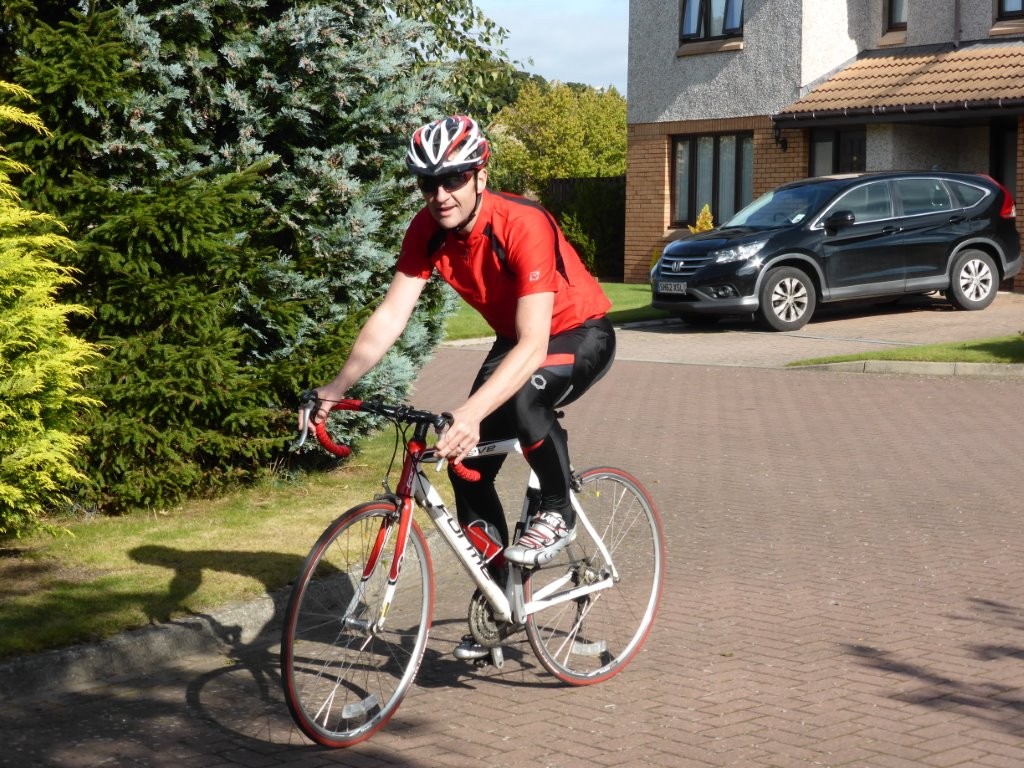 “My training has gone fairly well, aside from a couple of close encounters with over eager tractor drivers!! I began cycling around a year ago and completed the Loch Ness Etape in May, a 67 mile route around Loch Ness. I got a bit lazy after that and it wasn’t until a “friend” suggested I might fancy a bigger challenge that I considered the 102 mile Etape Royal. I really wished I had begun training earlier and for longer as in the last month I have only managed to train twice a week. However, last weekend I did a solo 71 mile cycle around Moray and it felt ok, single minded determination is the key. Having said all that I have some huge reservations about the route of the Etape Royale. We reach the bottom of “The Lecht” after cycling for 80 miles so I am very apprehensive about that climb, it’s bad enough driving up it!!
Still, I do like a challenge and knowing that I am raising money for such an amazing cause will be what keeps me going when it starts to get uncomfortable, very uncomfortable.
I have had great words of encouragement from my friends and most of my family although my wife says this has to be the last time I sign up for this type of thing. My various cycling companions have been a constant motivation as are my “strava” friends who offer unconditional cyber support”.

Swing band tunes up for charity concert
Moray musicians are raising a tune for a charity supporting vulnerable children in Africa.
The Moray Swing Band are staging a concert at Elgin’s Eight Acres Hotel on Friday, 25th September in aid of Busega Scotland.
The charity was set up last year by Moray couple John and Christine Carney, from Garmouth, who began voluntary projects in Tanzania having worked as teachers in Nigeria and Zambia in the past.
Mrs Carney is manager of a residential centre for orphaned and otherwise abandoned children close to the western end of the Serengeti National Park, while her husband leads a family support project in the East African country.
They approached Moray Swing Band secretary Peter Thatcher about the possibility of doing a gig to raise money for the orphanage their charity backs.
The 15-strong band agreed to perform, with their chairman and saxophone player Roy Hunte recruiting some extra musical support for the occasion.
“They just asked us if we would do a concert and we said yes. We like to help people”, said Roy.
“I have managed to get my brother Suleman to come along to perform and host a drumming session as well”
The concert is being held in the Sherwood Suite beginning at 7.30pm, with tickets available at the door .
Web Site admin: Busega Scotland is progressing an application for Charitable Status but this is not in place yet! 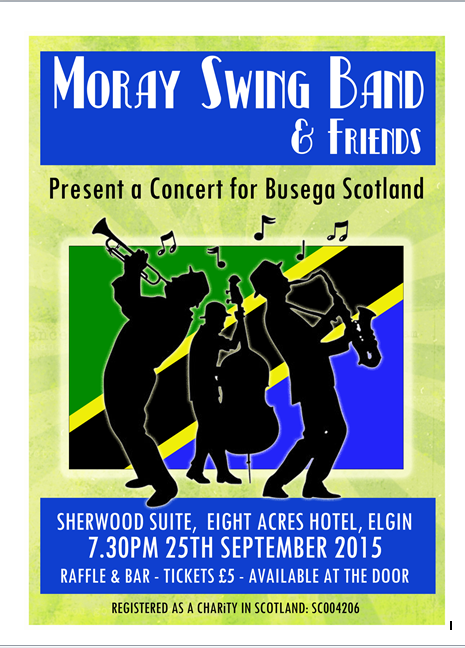 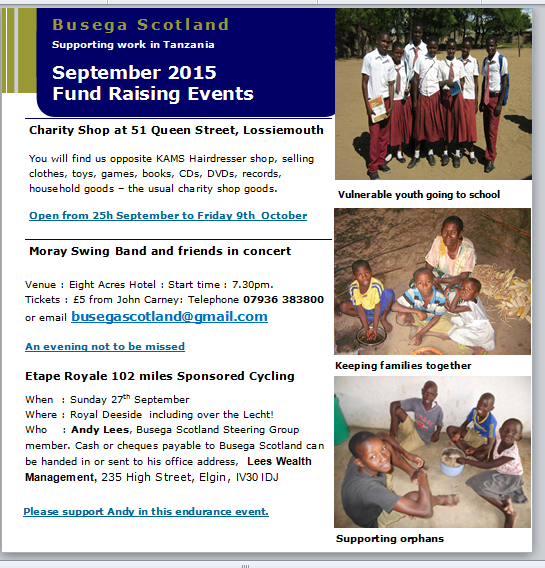